As part of a user research discovery project, our team worked with a large managed care provider to learn how its enterprise care management software is being used by internal staff as they interact with members, identify areas for improvement and help align stakeholders on a vision for the next generation of its care management platform.

The team interviewed multiple project stakeholders to get a sense of what leaders saw as their biggest challenges. We were able to learn how different organizations view current barriers and their unique concerns as we identified goals and expectations for the project. At a high level, this allowed us to understand the contours of the problems we needed to tackle, identify core roles and personas to explore, and connect with key resources for research activities.

After some initial way-finding, the team set out for contextual inquiry sessions in various states with those core personas. As researchers, our goal with these on-site visits is to understand how end-users typically work in their own environment; their workflows, tools they use to accomplish their tasks, and how they interact with others. Participants generally conduct their daily routine while providing some narration and context to the researcher. Along with researcher notes, video and audio recordings of the sessions were captured to provide access to other team members and as a tool for follow-up analysis and affinitization. 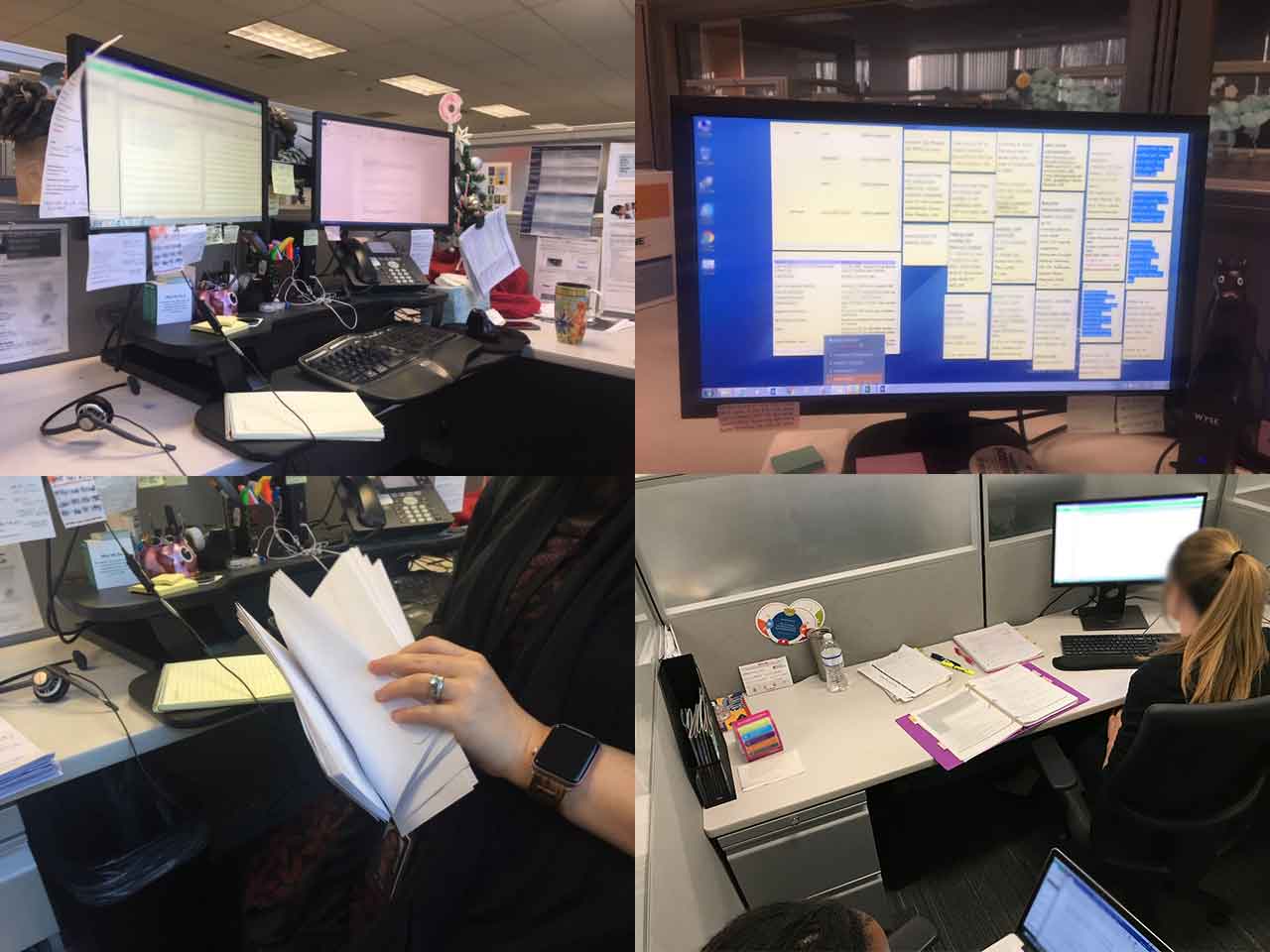 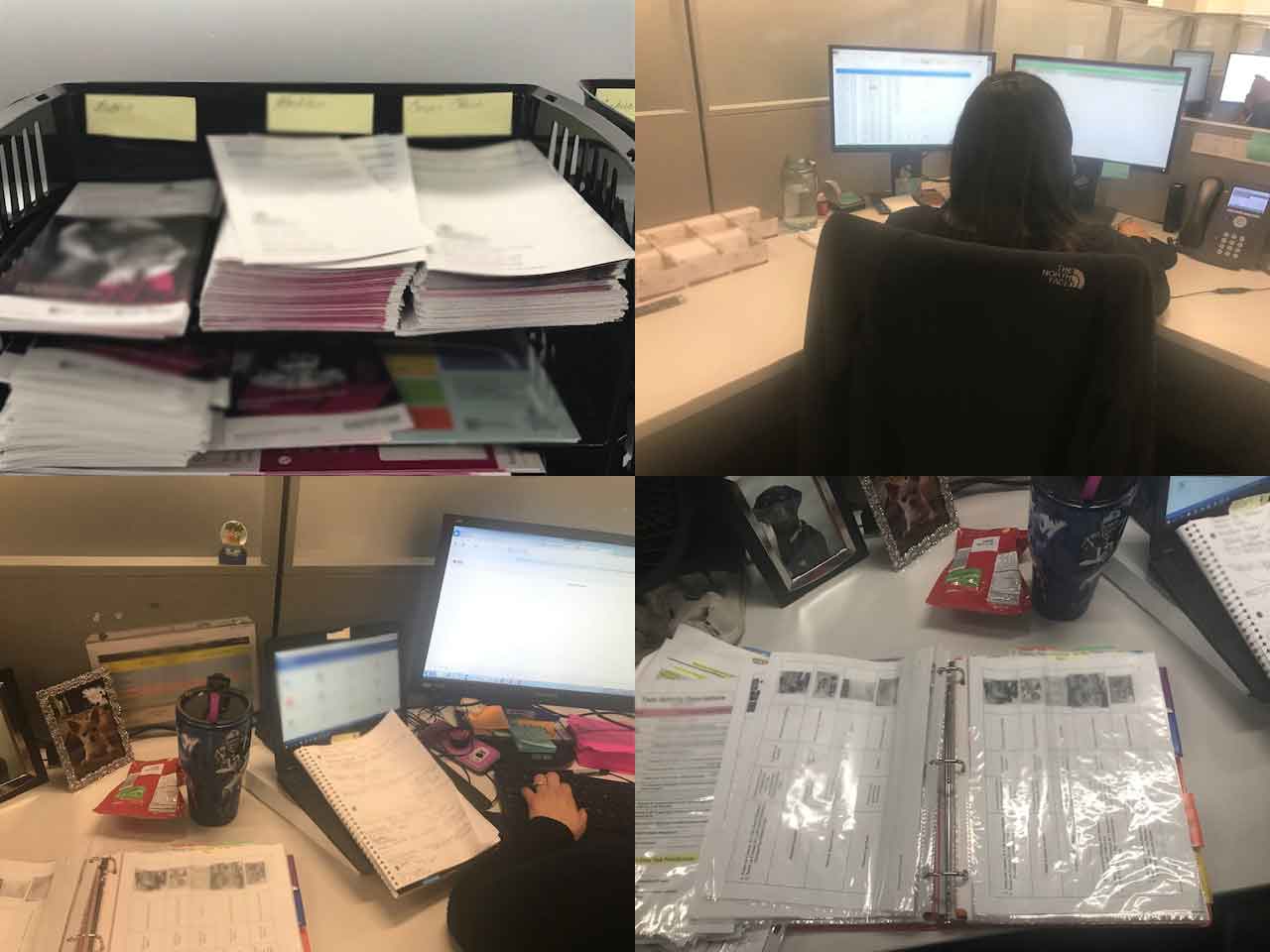 With dozens of contextual inquiry sessions and interviews to analyze, the team began affinitizing results to find patterns and themes common across personas and care plans. In this phase, we began to see outlines of workflows emerging, areas of friction, and items that required follow-up conversation and/or additional user feedback. These findings were directly incorporated into the journey maps and personas under development.

We iteratively developed four key personas based on the information collected in earlier research phases. The personas started with a rough outline based on a composite of those users we interviewed and observed. Here we summarized the users' needs, goals, frustrations, tasks, and context in which they work. Several rounds of internal drafts and discussions were shared with real users to ensure we accurately represented their roles.

In parallel with persona development, we created journey maps focused on capturing important phases of a persona's workflow. Because the journey maps are user-centric (as opposed to system-centric), we are able to follow the end-user as they worked through multiple system interfaces, identify friction points, and opportunities for improvement. Taking a user-centric view of a task or goal can help uncover interactions and connections that are simply too hard to find if we look at systems alone. As we did with persona development, we iteratively worked with end-users to validate the phases, systems, and friction points they encounter.

We conducted a two day co-design workshop attended by ~20 end users and several client stakeholders. In the workshop, we introduced the participants to human-centered design basics, formed small groups, and faciliated various exercises including empathy mapping, design prototyping, and user testing. While this was a valuable tool to help get real feedback from end-users, it also helped our client cultivate human-centered design processes and thinking in their internal organization that they could extend after our engagement was over. 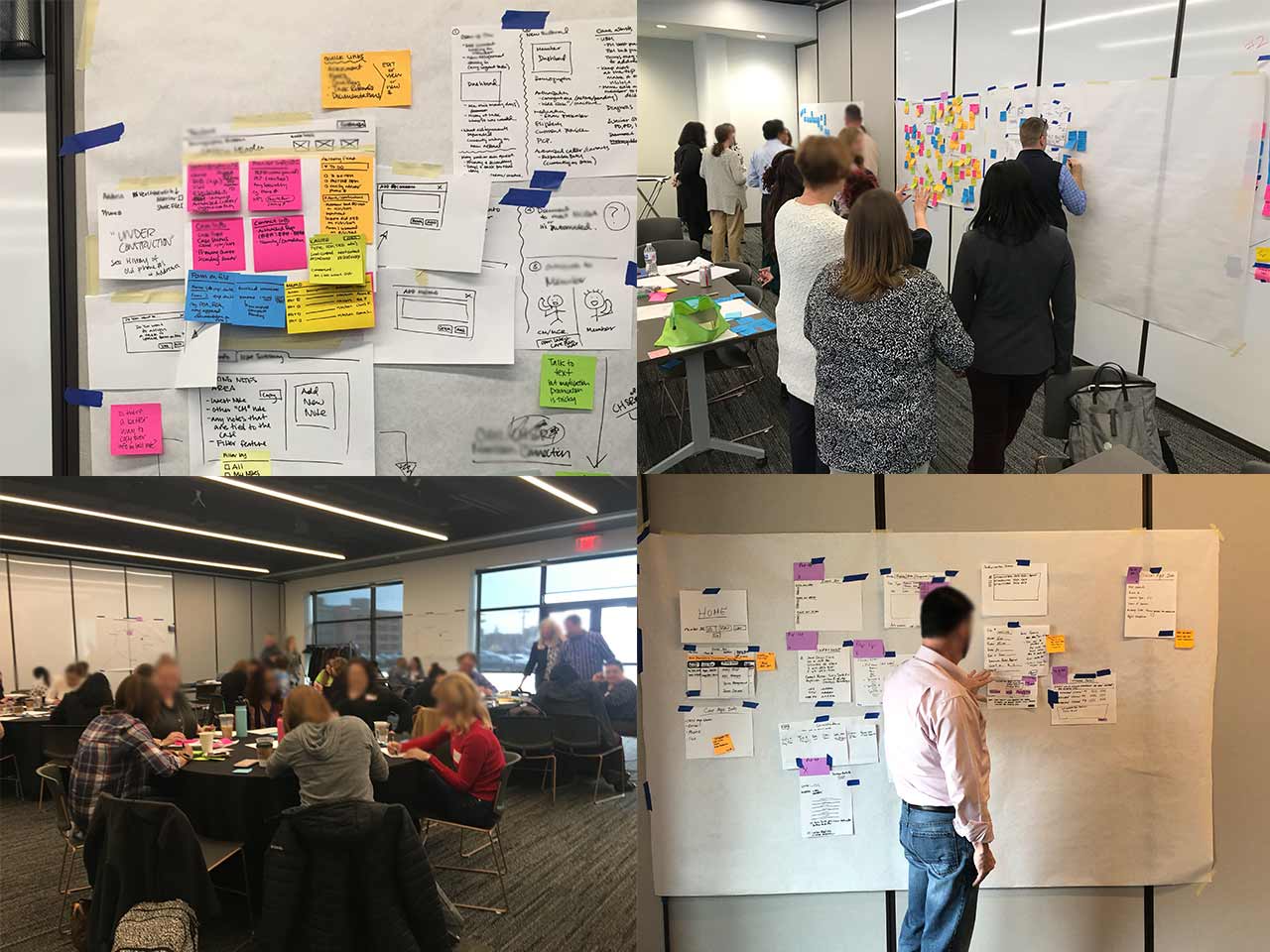 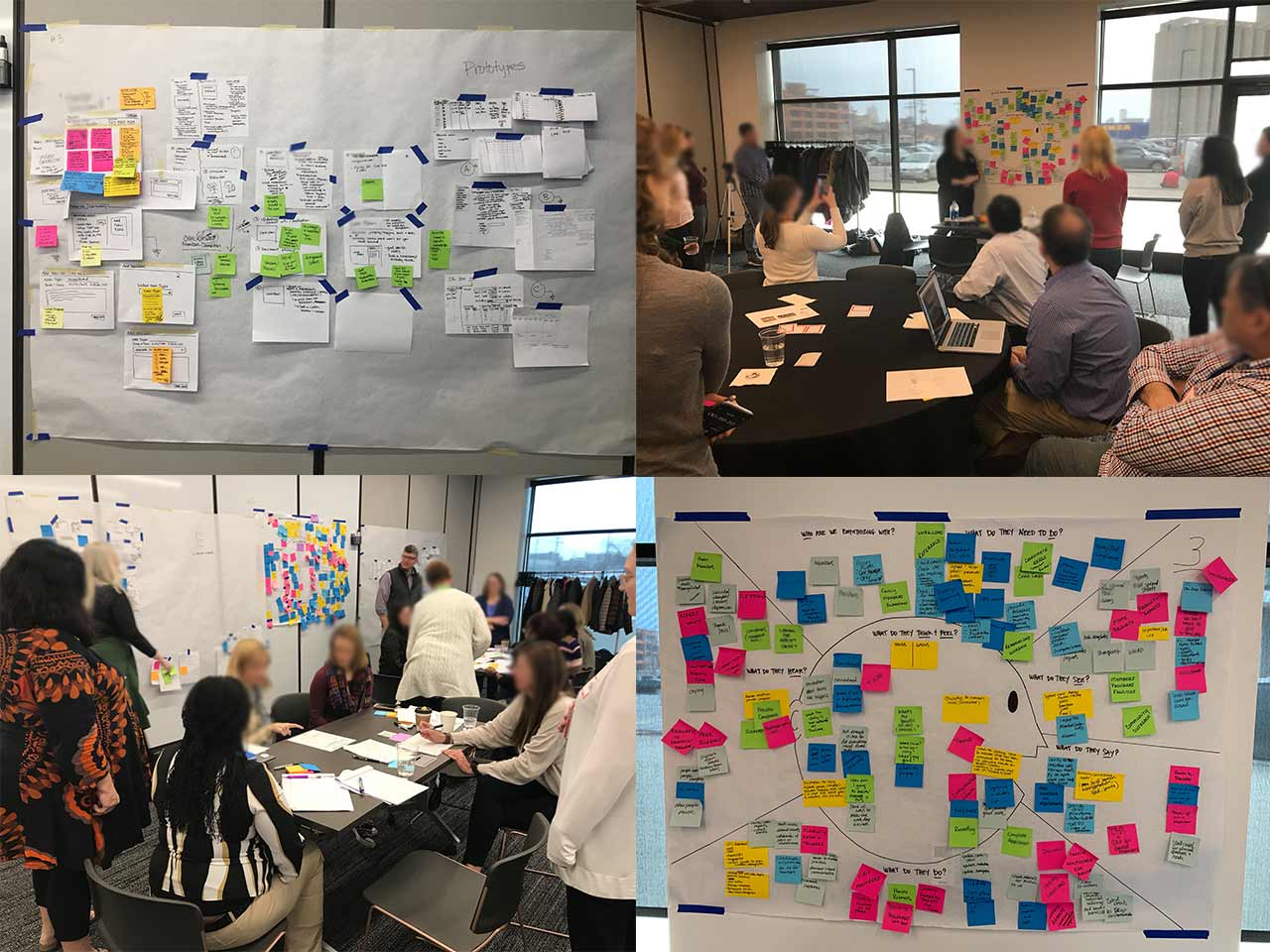 Personas and journey maps are common artifacts from a user research project, often used to align teams on the end-users for whom they are designing & developing. We usually follow-up personas and journey maps by conducting a story mapping exercise in order to generate items for a backlog. In this case, there was a desire to avoid any implicit "solutioning" that may be inherent to story mapping, and instead make sure all stakeholders were first aligned on the vision of the next generation software.

We worked with the client to create a "to-be" storyboard that was free of specific implementation solutions and focused on the end-user experience instead. The storyboard depicted how various personas would experience their workflow in the future, free of the existing friction points identified in personas and journey maps. This would be used as a narrative to align various stakeholders on the experience end-goals, and teams would work backward to a solution to make it possible.

Overall this was a great project to work on, and it was a nice change of pace coming from a previous role with limited time dedicated to user research activities. This was my first time working in the healthcare space, and getting up to speed with industry and client-specific terminology while onboarding to a new company and culture was quite challenging.

This engagement achieved several outcomes - first, it provided stakeholders with a more holistic view of key personas, their user flows, and pain points. These insights were sourced from real user feedback gained through numerous interviews and contextual inquiry sessions across multiple states and care plans. By formalizing the journey maps and identifying the users' areas of friction, we were able to provide the client with an objective assessment of the current state of their platform with recommendations and opportunities for improvement.  In addition to the research deliverables and artifacts, we also left behind a roadmap of sorts - by involving a wide range of stakeholders in our process, including a 2-day co-design workshop, we were able to expose the value of human-centered design practices and techniques to various internal teams. Leaving behind the tools and processes to draw from, we also helped mature the client's in-house team as we transitioned the project back to the client.